Nearly 30 years after receiving a Queen’s Service Medal for community services, Patricia Broad has received another honour — an MNZM for services to gymnastics.

The 89-year-old has been involved with gymnastics for 55 years, during which time she has established, and been head coach of, the St Bernadette’s Gymnastics Club since 1964.

"I feel pleased and surprised that people have thought to put in the nomination, and I’m pleased for the sport because it’s getting some recognition."

Mrs Broad has helped with all aspects of the club’s administration, she continues to coach five days a week on a voluntary basis, and the club hosts competitions throughout the year for gymnasts around the region.

She has coached at many levels, from junior pupils at St Bernadette’s School to a number of Otago representatives competing in the New Zealand Gymnastics Championships.

She has been a judge for Gymnastics New Zealand since 1977 and attained her international judge qualification in 2006.

Until recently, she regularly judged at national competitions for more than 25 years.

Mrs Broad continues to judge at many South Island competitions each year.

For her dedication to gymnastics, she was awarded a Kiwibank Local Hero Award in 2014.

The club is possibly the oldest in New Zealand.

1964 -The club was founded by Patricia Broad who still coaches 5 days a week to this day. It initially operated out of St Bernadette's hall on a Monday evening for 1.5 hours.

1997 - Still in Stafford street, took over the lease from Balmacewen after they merged with Athlon.

2010 - Meetings regarding combining all clubs decided not for us.

2012 - All Northern Classes into recess, recreational gymnasts coming to us. 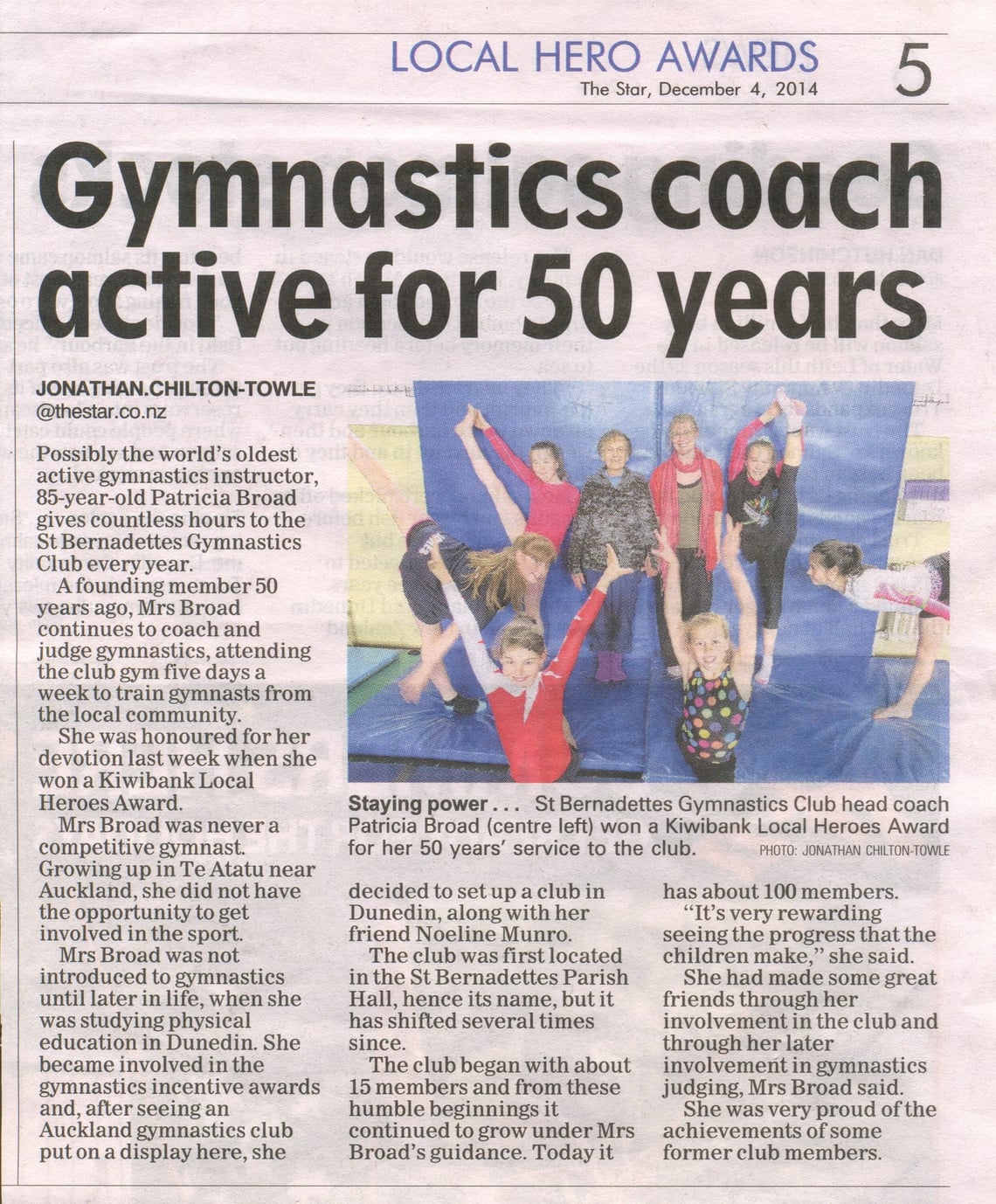 In 2014 St Bernadette's celebrated 50 years with a dinner and catch up for ex members.

Patricia Broad and the club also featured in the ODT and on One News "good sorts" in 2014, click on the link to view! 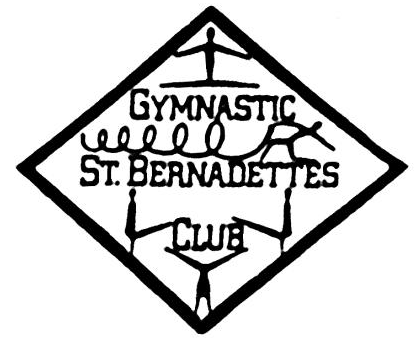 Old Logo which was superceded in 2017 by the current logos. 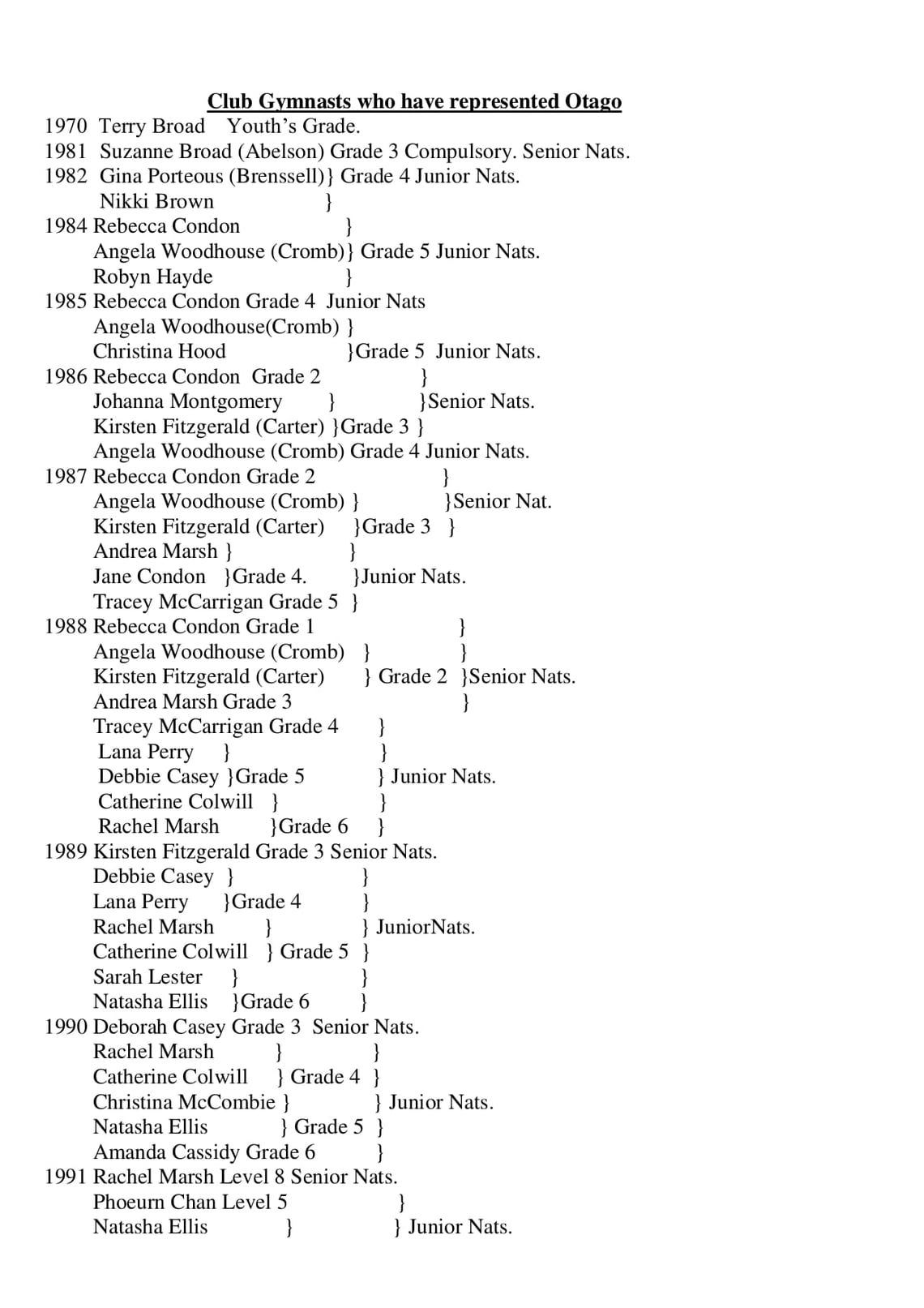 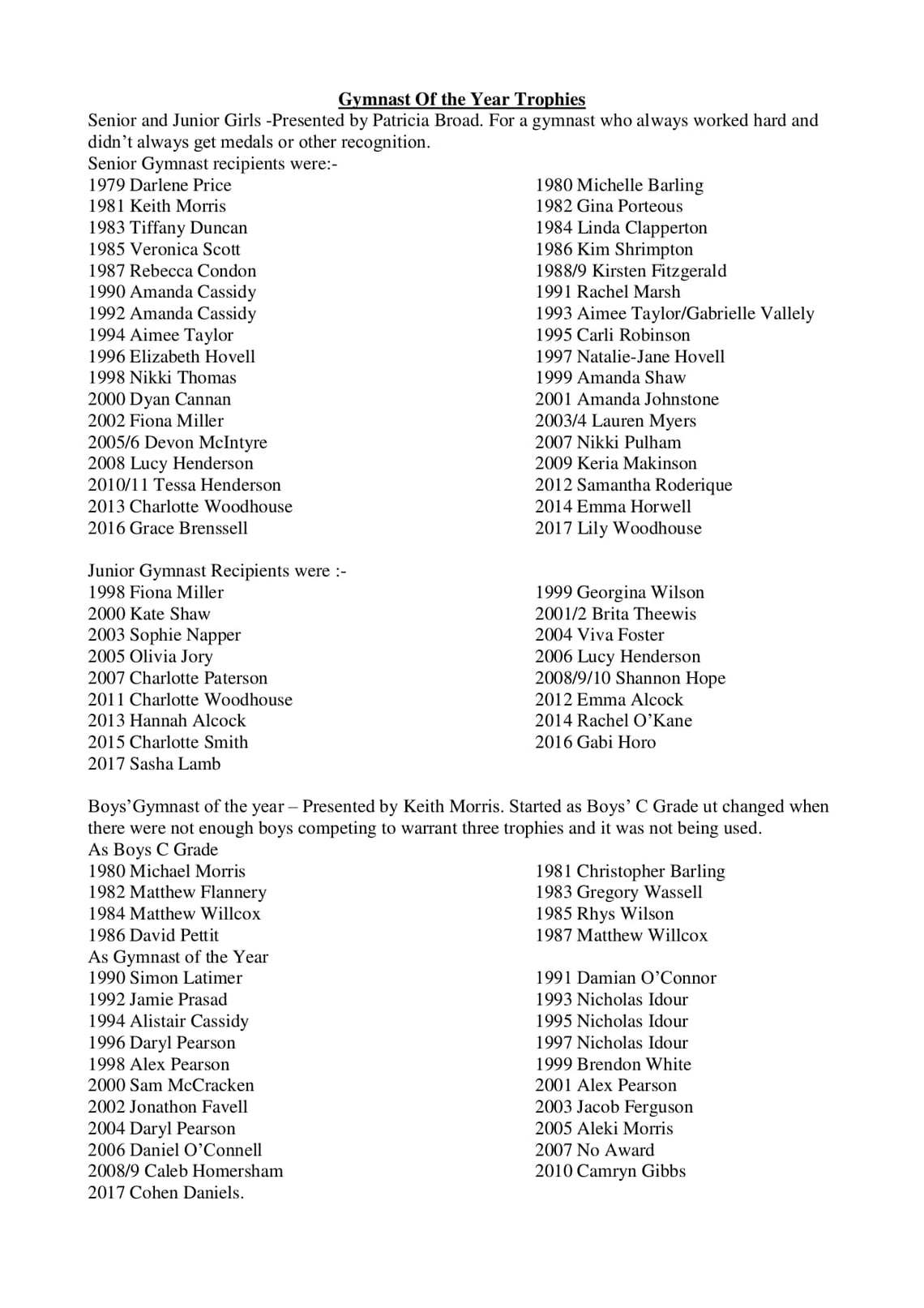 Gymnast of the year trophies